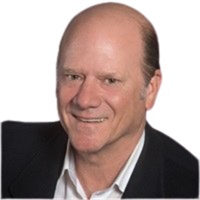 Michael A. Thompson, CLU, CExP serves as Director of Advanced Planning for Consolidated Planning Inc, a holistic financial planning firm established in 1981 in SouthPark, Charlotte NC. Thompson has been working in the business planning space for over 28 years and specializes in the design and implementation of highly tax favored Fortune 500 type benefit strategies for professionals and business owners who are frustrated with the funding limitations and future taxation of conventional qualified plans ie; 401(K), IRAs etc. Comprehensive financial planning and business exit planning along with retention strategies for key employees are also a major part of the work that is done for the firm’s clientele.

Michael is a graduate of Charlotte Latin School and NC State University, BA Business Management and holds the CLU designation from The American College as well as the Certified Exit Planning designation thru BEI based in Denver CO.  He carries the FINRA registrations 6, 63, 65 and 7 and has been; through the National Association of Insurance & Financial Advisors, recognized by his industry peers as The Agent of the Year in 2009. He was also the Top Membership recruiter for NAIFA in 2006, 2007 and 2008. Michael has served on all NAIFA committee chair positions as well as the Presidential position from 2010-2013. He is also an Ambassador for the Association of Advanced Life Underwriting (AALU) and has been elected to the Field Advisory Board for Consolidated Planning every year since joining the firm.

He has been a Regional and National speaker for Northwestern Mutual as well as for Mass Mutual and has held numerous management positions with both companies. An MDRT qualifier since 1997, he has also received the National Quality Award and is a consistent qualifier for Guardian’s Leaders Club recognition. In 2017, Thompson was the top life insurance producer for both face amount (Solomon Huebner Award) and premium for all of CP’s offices throughout the Southeastern US. He repeated the top position for total premium in 2018.

He and his wife Becky are members of Central Church of God and have 3 grown children, Austin, Carter and Sarah and Grandson Everett James Milton. Their son in law, Dan Milton, is currently on active duty as an Air Force T38 instructor and retired B1 bomber pilot.